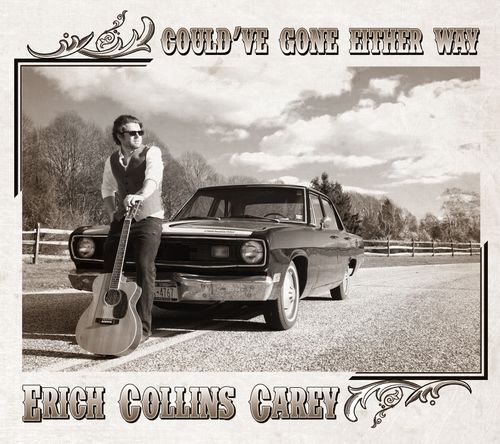 The album is a scrapbook through song, of moments passed and reflection on the road ahead. The songs were written over the course of years in transition, traveling and moving, with a focus on decisions and the life that comes of them: the good, the ugly, the bittersweet and everything in between. The album summons Carey's folk, roots, rock, blues and even Irish traditional influences in the course of the winding narrative told through its eleven songs.

The album is Carey's first release since "The Bachelor of Arts" in 2002, but is the debut on Erich Collins Carey’s own independent label, Route 114 Music & Records.

Very special thanks as well to the incredible musicians who helped bring these songs to life, most especially our badass rhythm section: Joe, Zev, Keith & Chris.

This album is dedicated to the preservation of good memories through music. Not long after we finished tracking sessions at Stratosphere Sound, the studio announced it’d be forced to close its doors − a scene that has become all too familiar for enthusiasts of the many fine music establishments of New York City. It’s true that all things must come to pass. No less, may the music haunts of yesteryear, as with the good memories, days, nights, friends, family, dead ends and open roads this album seeks to recall, live on in the music they brought into being.

Thanks for listening. “Take it light.”